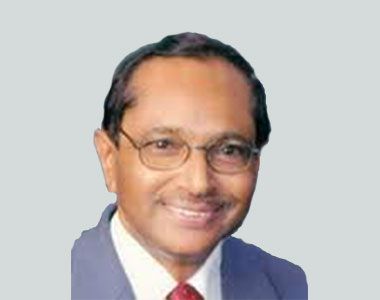 Dr. Sarbeswar Sahariah was born on 1st of April, 1945 at Mangaldai, in the Darrang district of Assam. After completing his Primary School education in a remote village in Assam he joined Mangaldai Higher Secondary School in 1954 and passed Higher Secondary examination in 2nd division in 1961. Incidentally Dr. Sahariah secured the highest mark in Biology in H. S. final examination in the whole state during that year which helped him in joining the Medical College in Guwahati in 1962. Dr. Sahariah completed the medical course in 1967 and stood 4th in order of merit in the university. Due to the poor financial condition of the family Govt of Assam helped him in completing the medical education by offering him a scholarship for “economically backward class”.

After completing his graduation Dr. Sahariah wanted to persue higher studies in medicine and had to go to Delhi as proper post graduate training facility was not available in the state of Assam during those days. After completion of one year of House job training at Safdarjang Hospital, New Delhi, Dr. Sahariah was selected at the prestigious Postgraduate Medical Institute at Chandigarh for post graduate training in the field of General Surgery which he completed in the year 1975. He secured the bronze medal in the final examination for the degree of Master of Surgery (M.S). Though there were many opportunities to go abroad for a lucrative job he decided to stay back in the country and persue his career both in clinical and experimental surgery. He developed interest in experimental transplantation and started working in the field of experimental kidney and pancreas transplantation in 1972. He was also associated with the first successful renal transplantation at PGI, Chandigarh in 1973. Since then Dr. Sahariah has completely devoted his medical career for the development of renal transplantation programme in the country. While Dr. Sahariah was working as a faculty member at the Post Graduate Medical Institute Chandigarh, he was offered the post of Head of Organ Transplantation Centre at the Osmania University, Hyderabad which he joined in 1981.

Immediately after joining Dr. Sahariah performed the first successful renal transplant operation in the state of Andhra Pradesh in May, 1981 and since then has performed more than 3000 such operations which is perhaps series the largest by a single surgeon in the country. Dr. Sahariah subsequently resigned from the government job and started practicing at various hospitals in the city of Hyderabad. He has the distinction of initiating the Renal Transplant Programme in almost every center in the state of A.P., which includes the prestigious Nizam Institute of Medical Sciences. He has single handedly developed the specialty of Organ Transplantation in the state of Andhra Pradesh and Assam during last 30 years.

Dr. Sahariah has also the distinction of performing the first Cadaver Renal Transplantation in the state of Andhra Pradesh and has performed the first laparoscopic donor nephrectomy in the country.

Dr. Sahariah has performed the first ten successful Renal Transplant Operation in the state of Assam (Dibrugarh & Guwahati) during 1992-2003 and presently he is an adviser to All Assam Kidney Transplant Forum for the Renal Transplant Program.

Most of the patients from the northeastern states of India including Assam underwent Renal Transplantation with Dr. Sahariah with successful outcome. In Hyderabad the operations are conducted at a much concessional rate at Mahavir Hospital which is a charitable organization. This has resulted in extending the benefit of Organ Transplantation to the weaker section of the society from the region.

He has passed Higher Secondary Examination in 1962 in 2nd Division Mangaldai, Assam. Secured highest mark in Biology in the state of Assam.

Joined in medical college in the year 1962 and passed final MBBS examination in December 1967. Stood fourth in order of merit in the University (Gauhati University).

One and half year as House Surgeon in General Surgery in General medicine at Safdarjung Hospital, New Delhi (January 1969 to June 1970).

Joined as Resident in General Surgery at the Post Graduate Institute of Medical Education and Research, Chandigarh in the year 1970 and passed M.S. (Master of Surgery) degree with Bronze medal.

He worked as senior resident in General Surgery from July, 1973 to September 1976 in P.G. Institute of Medical Education and Research, Chandigarh.

He worked as Pool officer under C.S & I.R. Government of India from November 1976 to August 1978, in the Department of Renal Transplantation, P.G.I.M & R, Chandigarh.

He worked as Lecture in Surgery (Renal Transplantation section) at the P.G.I.M & R, Chandigarh from August 1978 to May 1981).

He also worked as Reader and Renal Transplant Surgeon at the Organ Transplantation Centre, Institute of Genetics, Hyderabad from 1981 to 1985 under Osmania University, Hyderabad, A.P.

ACHIEVEMENTS & EXPERIENCE IN THE FIELD OF ORGAN TRANSPLANTATION:

Received training in the field of Organ Transplantation at the Post Graduate Medical Institute, Chandigarh and was involved in the programme since its inception in the year 1973. Has performed or assisted in performing more than 100 Kidney Transplant operations at the said institute.

Performed about 5000 surgeries for vascular access for haemodialysis which includes arteriovenous shunts, arteriovenous fistula, implantation of vascular grafts and placements of peritoneal catheter for continuous ambulatory peritoneal dialysis for patients with kidney failure.

Has performed or assisted in performing eight Cadaver Kidney Transplant operations during his stay at the P.G.I. Chandigarh.

Have so far performed more than 3000 Kidney Transplant operations at various centres in the country, this includes more than 1300 operations performed at Mahavir Hospital & Research Centre, Hyderabad, which is a charitable organization.

Has performed nearly 100 cadaver kidney transplantation (kidneys removed from brain dead donors) at Hyderabad which is one of largest series by a single surgeon in the country.

Initiated Renal Transplant Programme at the following hospitals in the City of Hyderabad and Secunderabad.

He secured highest aggregate marks in Biology in the state of Assam in Higher Secondary Examination (1961).

Stood fourth in order of merit in the final M.B.B.S. examination conducted by Guwahati University in 1967.

He secured bronze medal in the M.S. (Surgery) examination at the Postgraduate Medical Institute, Chandigarh in 1975.

Awarded membership of the National Academy of Medical Sciences, New Delhi in 1979.

Awarded fellowship of the American College of Surgeons which is considered as one of the most reputed surgical society in the world (1983).

Selected to head the first Organ Transplant Centre in the Country under Osmania University, Hyderabad in 1981.

Has the distinction of performing the First successful Kidney Transplantation operation in the state of Andhra Pradesh in 1981.

Has the distinction of performing the First Cadaver Donor Renal Transplant (Organs removed from dead person) in the State of Andhra Pradesh and has subsequently performed 100 more cadaver transplants.

Has performed the first laparoscopic donor nephrectomy in the country in the year 1998.

Has the distinction of performing the first Renal Transplantation in the country in a Rural based Medical College Hospital (Jawaharlal Nehru Medical College, Wardha) in the year 2000.

Published more than 40 papers in various national and international journals of repute (Annexure-I).

Appointed Hony. Secretary of the A.P. Kidney Foundation which was formed in 1985.

Life member of the Indian Society of Nephrology.

Life member of Association of Surgeons of India.

Advisor to the Central India Kidney Foundation, an organisation for creating awareness about kidney disease and Cadaver Organ donation with head quarters at Nagpur.

Has been appointed as Hony. Professor Emeritus. Renal Transplant/Urology at Jawaharlal Nehru Medical College, Wardha in the year 2000 for services to the Institute.

Selected as member of the International Transplant Society in 2002 (Fourth person from the country to be selected for this membership).

Founder President, ‘LOOITPORIA’, The Hyderabad Assam Association, an Organisation started in Hyderabad in 2002 with the purpose of having cultural exchange between Assam & Andhra Pradesh and also helping and guiding patients/students etc., from Assam and other North Eastern states who wants to come to Hyderabad for medical treatment, study or employment.

Invited as a International Observer at Massussetus General Hospital, Boston, USA in May 2009.